who are they, what you should know & five of their favorite Philly things 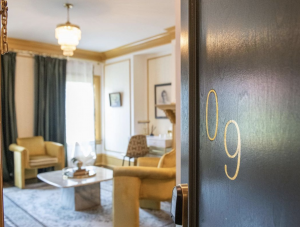 In 1882, a group of bold, forward-thinking women formed a club called the New Century Guild to support the growing number of working women in the city. (At the time, women working outside the home was still a deeply controversial prospect.) From the outset, the women of the Guild were an impressive group that included abolitionists, suffragists, activists, artists, writers and more. As the group gained momentum throughout the end of the 19th century, they moved their headquarters a number of times, finally landing in 1906 in their permanent home: the elegant Victorian manse at 1307 Locust Street — the same property that today holds Guild House hotel. For more than a century, this stately four-story row home was a hub of education, activism and camaraderie for women who were out in the world making history.

The Guild House is a stunning boutique hotel in the heart of Philadelphia. Housed inside a restored National Historic Landmark, the hotel offers guests a glimpse into a remarkable history and an experience unlike any other you’ll find in Philadelphia. Or America, for that matter.

Today, each luxurious Guild House room pays tribute to the intriguing women of the New Century Guild. Guests discover a different story in each of our twelve expansive salons and suites, all of which were designed by the female owned-and-operated ROHE Creative to capture the essence of the extraordinary women who once gathered here. The common spaces, too—including the elegant Lounge—honor the Guild’s legacy of ease, comfort and community for those who seek it.

Brennan is the owner writing the next chapter of this historic landmark. She’s a Penn State Alumni who started off as a road-warrior with IBM but then pivoted her career into real estate after reading Rich Dad Poor Dad. Guild House is her latest venture, and we had the honor of interviewing her to hear her story. 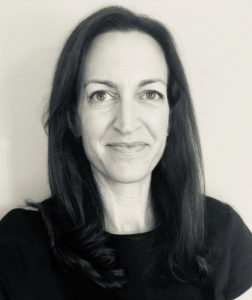 What is your inspiration? How did you get started?

When our ownership team first viewed the property, we quickly determined a hotel was the only option. After learning it was a National Historic landmark, we dug into the stories of the phenomenal women of the New Century Guild. How did we not know about this? How did everyone not know about this hidden gem – architecturally and historically – in center city Philadelphia. We decided to honor the women and tell their stories by way of the hotel.

What is something you wish everyone knew about Guild House Hotel?

How it’s founders and early members fought for women’s equality – they paved the way for many of us and the organization, now Gender Justice Fund, continues the fight today. 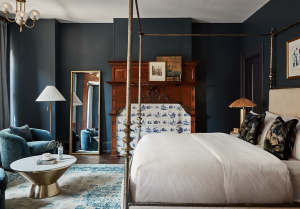 What is your favorite room in the Guild House Hotel?

Such a tough question. Gabrielle. The fireplace has beautiful vintage Delft tile – my grandmother had a small collection of Delft growing up. It reminds me of her. 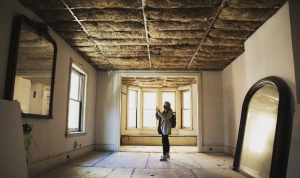 If you could offer one piece of advice to new entrepreneurs, what would it be?

Don’t be afraid to fail. Get started and keep moving forward. I’d rather regret making a mistake than never taking a chance at all. 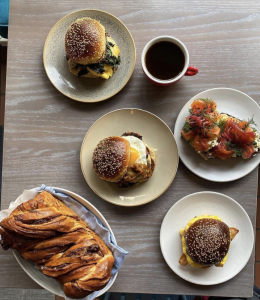 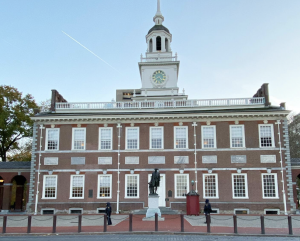 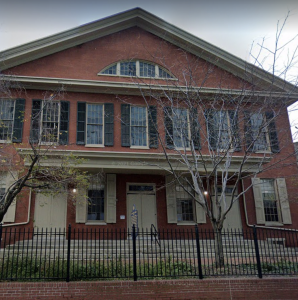 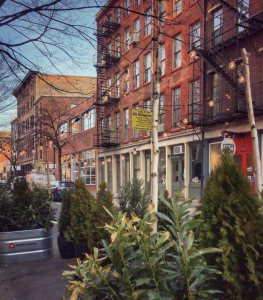 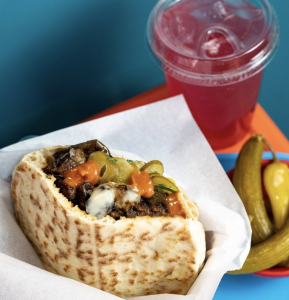 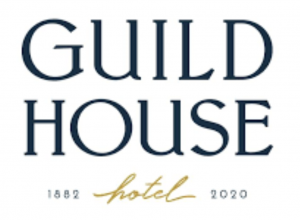 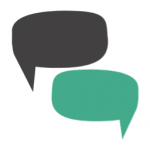